ASTRAY: A CHALLENGER OF THE UNKNOWN

ANYONE A RALPH STEADMAN FAN? THE INKS ON THIS PROJECT WERE INSPIRED BY THIS ARTIST, WITH JUST A BIT OF FEAR AND LOATHING THROWN IN.
Posted by CHARLES BERLIN at Friday, June 22, 2007 No comments: 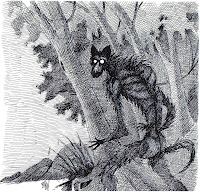 Last night a SKINWALKER got into our trash. Spent half the morning cleaning up the back yard.
Posted by CHARLES BERLIN at Thursday, June 21, 2007 No comments:

Wexler, Explorer of the Fringe. See WWW.WEXCLUB.COM to see about 50 of his most recent safaris.

ThE tHiNg iN tHe gArAge... 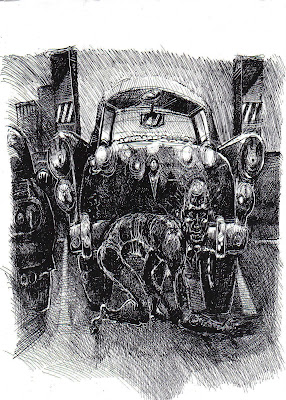 My primary aim here is to share a bit of Fortean humor. Of course this JOCULARITY is just a facade masking for the incredible HORROR I experienced growing up and constantly encountering the WEIRD UNKNOWN!
One life changing event which I'm sure helped warp me was a strange bit of SYNCHRONICITY in the town of Memphis, Tennessee where I grew up. It was around 1970 and I was in first grade, going to an elementary school across the street from the Memphis City Zoo.
While my mother was driving to drop me off at the school house, the local radio station's news reported a GILA MONSTER was missing from it's habitat at the zoo. This obviously grabbed my attention! I had never heard of this type of MONSTER and the fact that it may be on the loose was an exciting prospect to say the least! My mother explained what kind of monster it was: a type of lizard and they were very poisonous!
I went to my school room as usual in a portable building out behind the main building and after a few hours of reading, writing and arithmatic, we were to line up for RECESS! In order to line up, we had to exit the portable. As I did so, I walked by a storm grating next to the sidewalk---AND THERE IT WAS! A WEIRD lizard-like animal basking in a patch of the noon day sun. It's hide was oily black with yellow flecks and about a foot long. I let out a shout and said, " There it is!!! THE GILA MONSTER!!!" The class who by now was dutifully lined up, started to pour over to see what in the blazes I was jabbering about--Then seemingly out of the blue, a GIANT HAND swatted my rear end and a BOOMING VOICE said "GET IN LINE, BOY!". The teacher had intervened, making everyone get back in line and I was reduced to quiet shock having seen something WILDLY out of the ordinary and having my first public flogging all within a few seconds of each other. The discussion amongst my peers at Recess as I recall was a microcosm of what anyone as an adult would hear after witnessing something rare and extraordinary--There were staunch advocates who believed I saw something, ones who doubted I saw anything. There were others who questioned me as to what I saw. Some didn't care and prefered to just jump rope.
Posted by CHARLES BERLIN at Monday, June 11, 2007 No comments:
Newer Posts Home
Subscribe to: Posts (Atom) 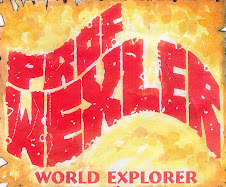 APPEARING EXCLUSIVELY IN WORLD EXPLORER MAGAZINE . GET YOURS NOW AT: WWW.WEXCLUB.COM OR ANY OF THE BETTER BOOKSTORES (SUCH AS BORDERS)

THIS JUST OUT! TRIBUTE TO FARMER'S BOOK, THE ADVENTURE OF THE PEERLESS PEER 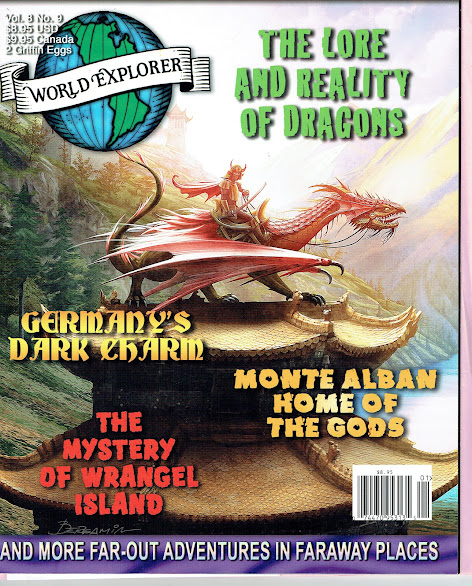 ON SALE AT WWW.WEXCLUB.COM 9 WATERCOLOR ILLOS 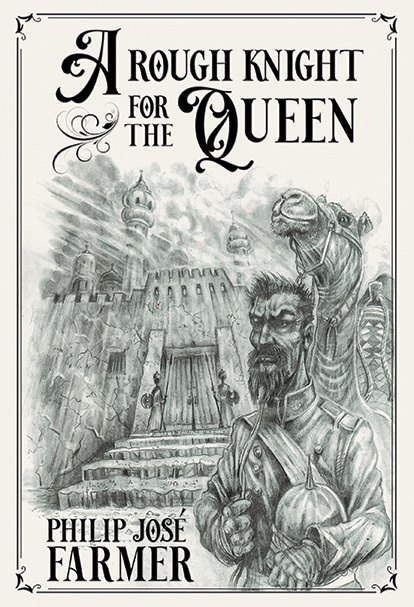 AHEAD OF THE REST! 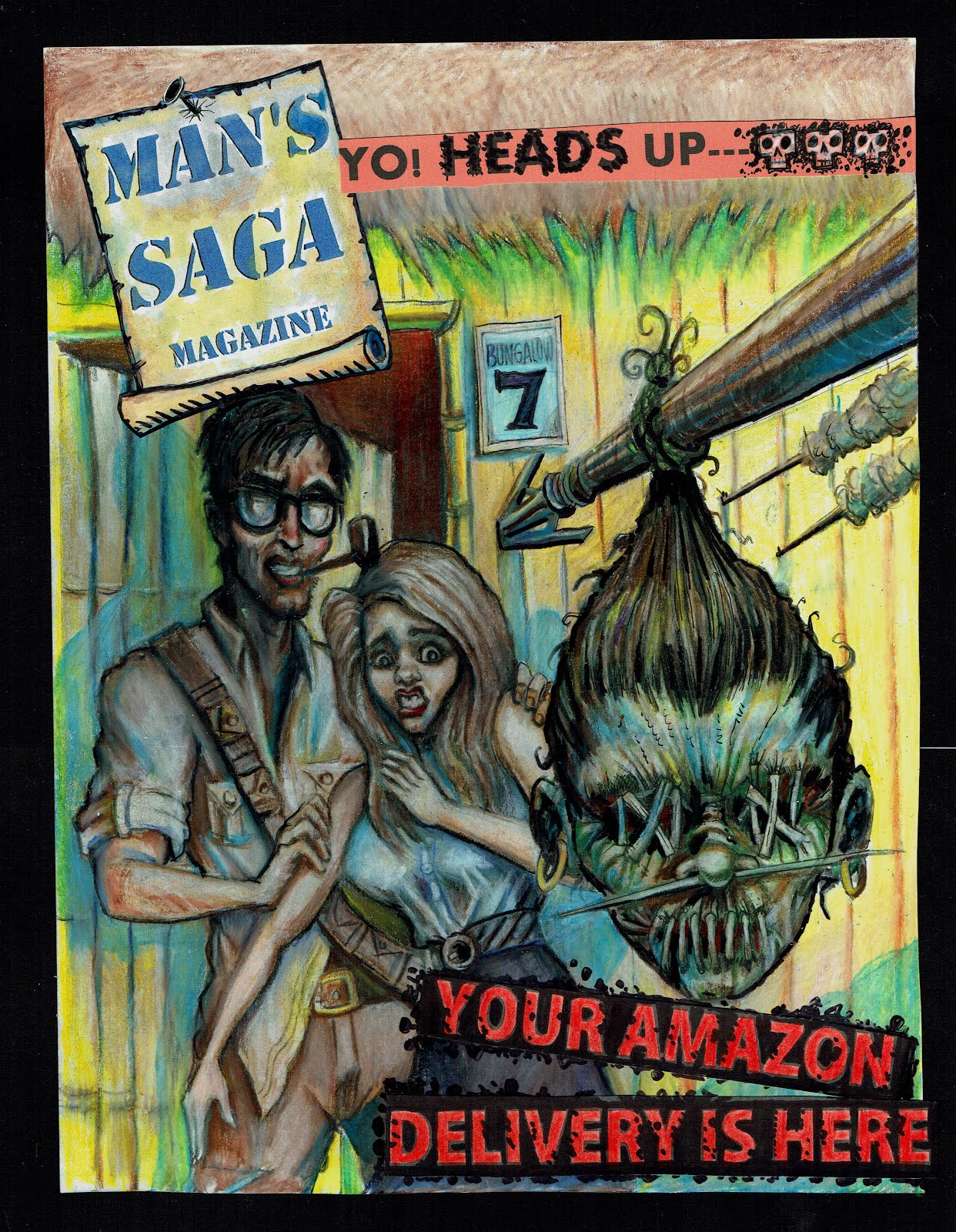 PROFESSOR WEXLER: A FIELD GUIDE TO GODS AND CRYPTIDS OF THE OUTER EDGE

A COLLECTION OF CARTOONS FROM THE PAGES OF WORLD EXPLORER MAGAZINE. ON SALE NOW AT AMAZON.COM, WEXCLUB.COM OR ADVENTURESUNLIMITEDPRESS.COM. GET YOUR COPY WHILE THEY LAST! 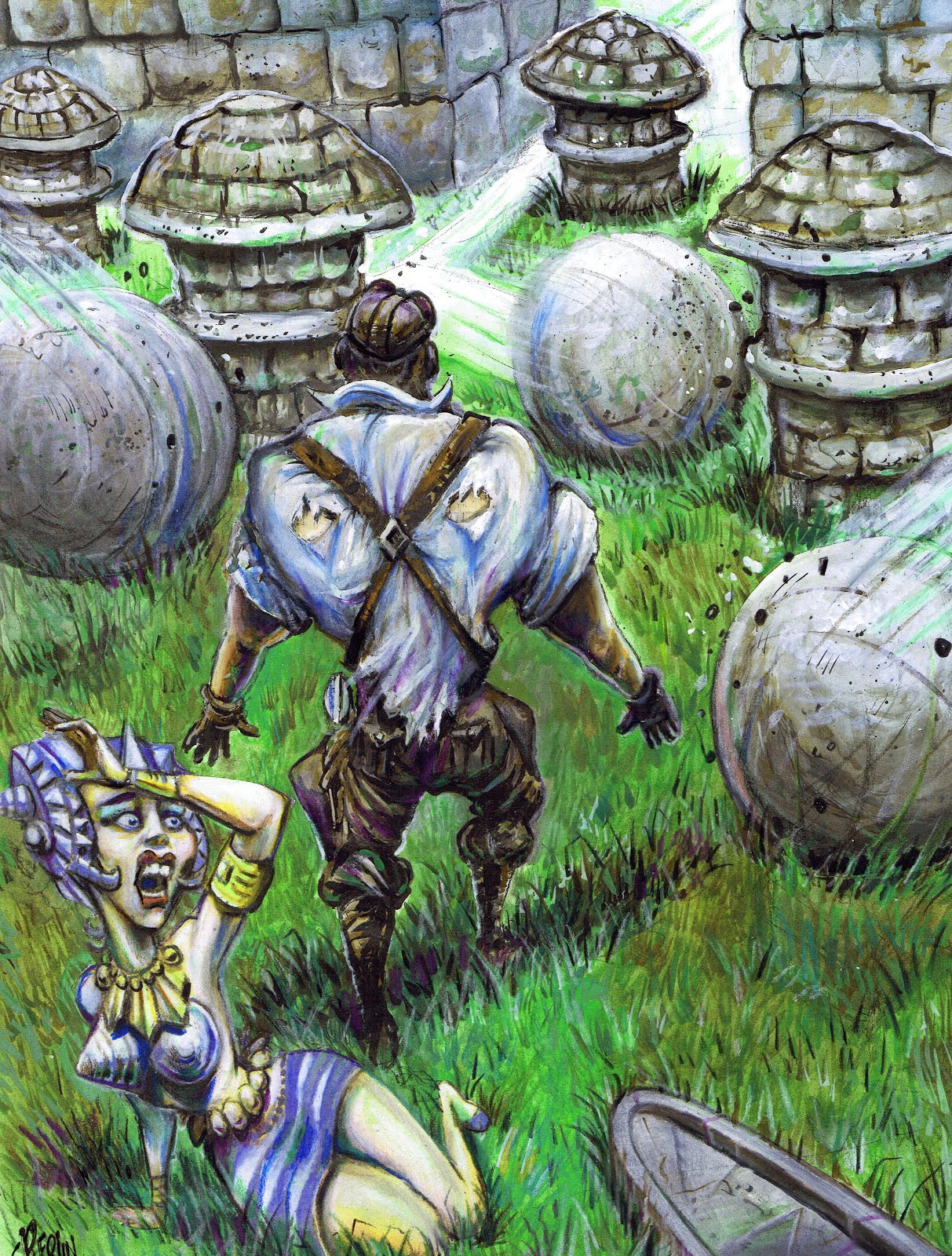 FORTEAN TIMES OCT 2007-ILLUSTRATION FOR LOREN COLEMAN'S ARTICLE, "THE RETURN OF THE MOTHMAN" 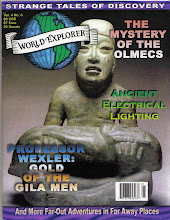 NEW GRAPHIC NOVEL IN THE WORKS 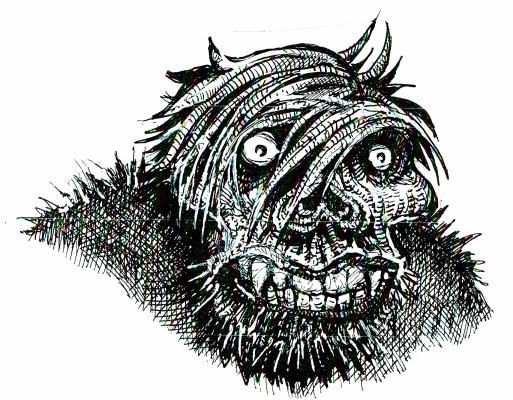 Coming just around the corner... 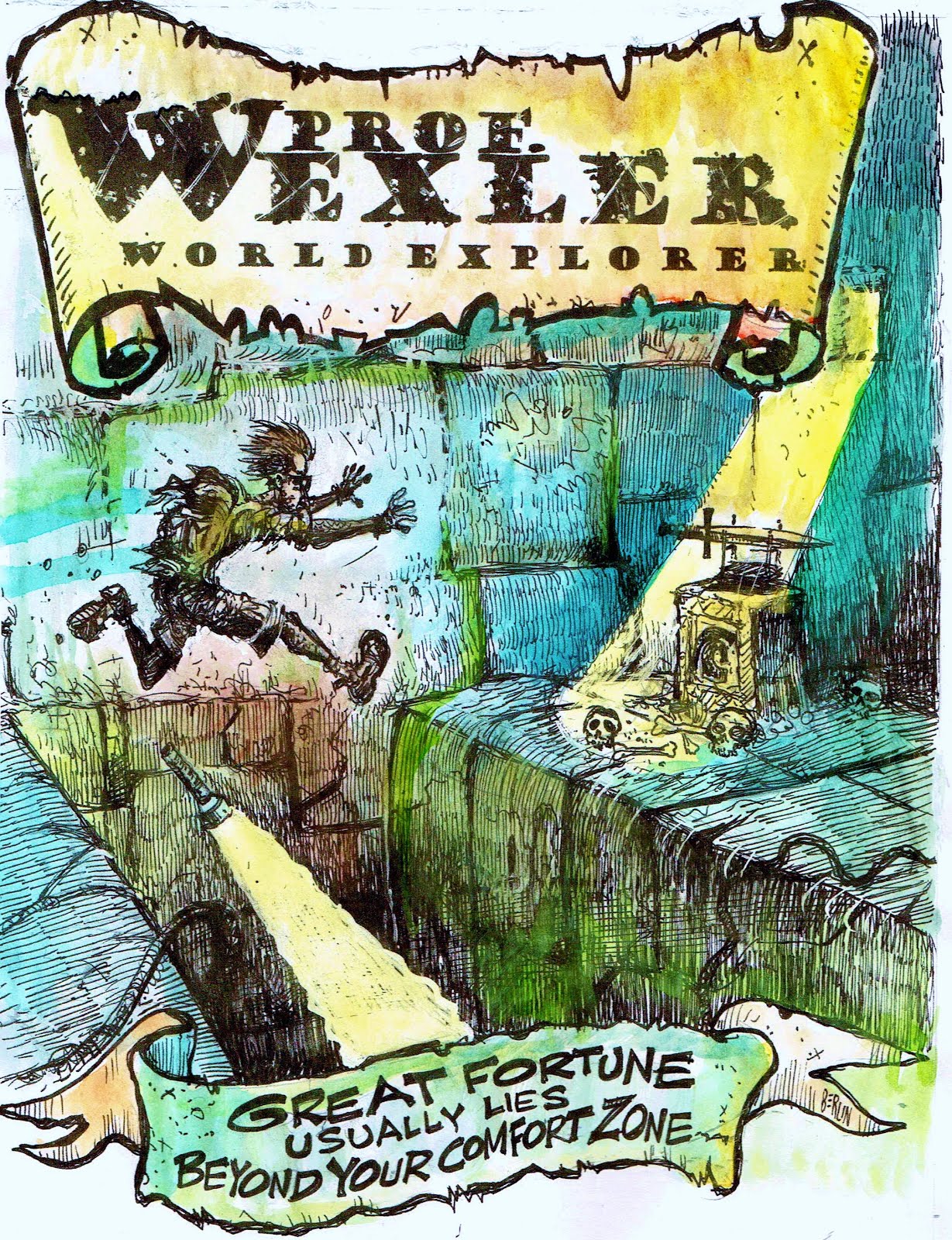 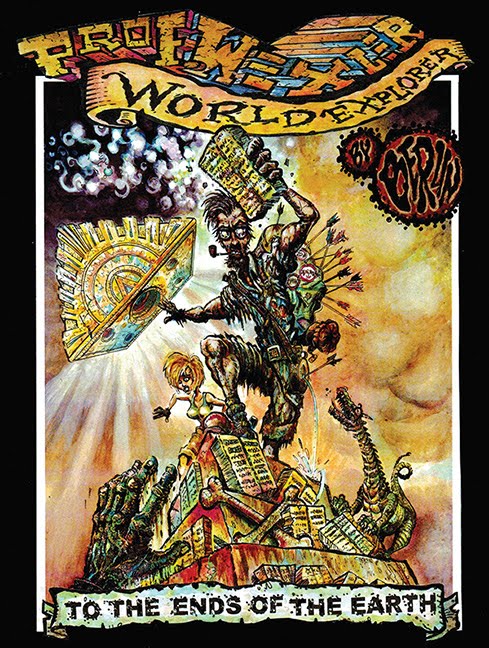 PROF WEXLER WORLD EXPLORER: TO THE ENDS OF THE EARTH 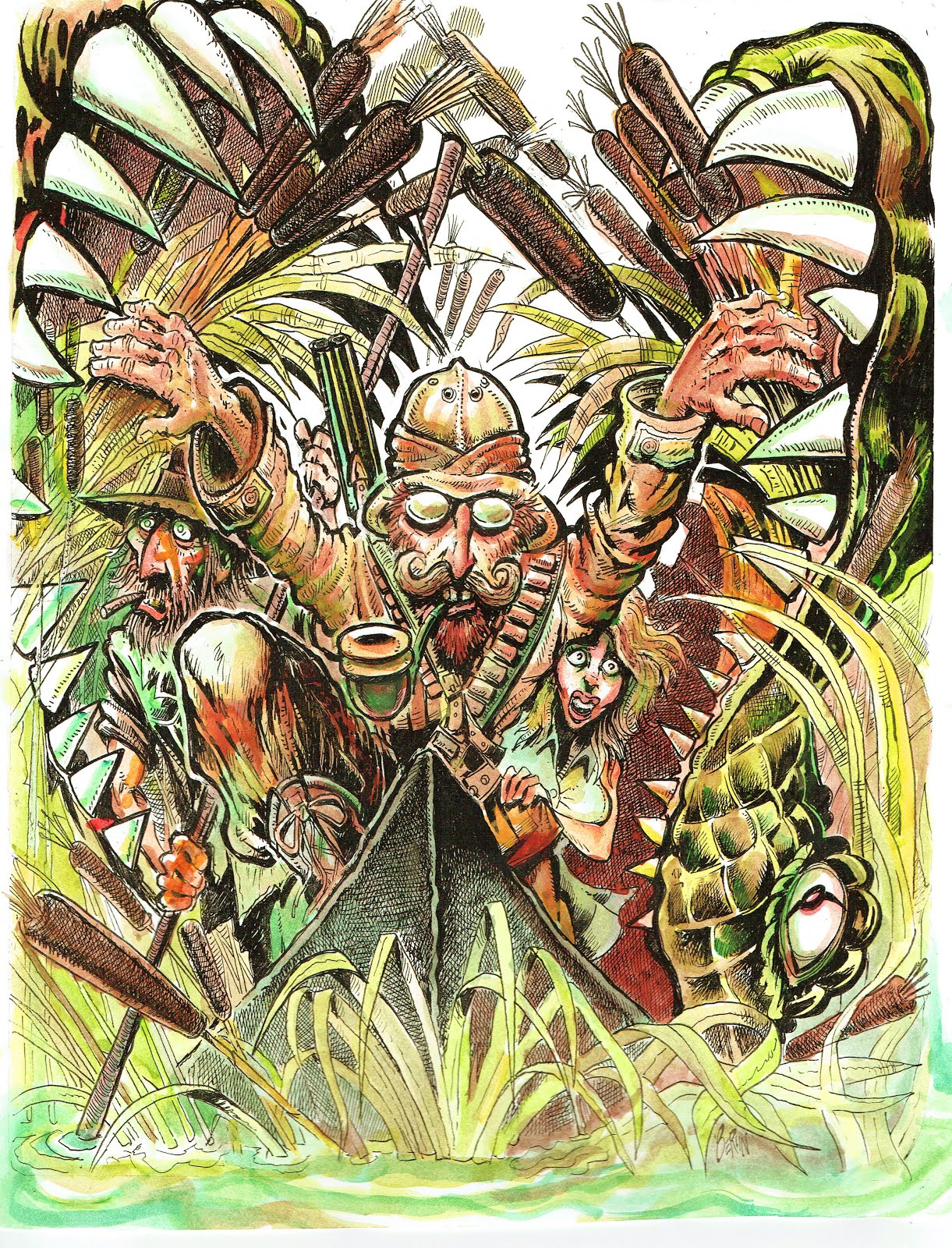 FOR ADVENTURE OFF THE BEATEN PATH! 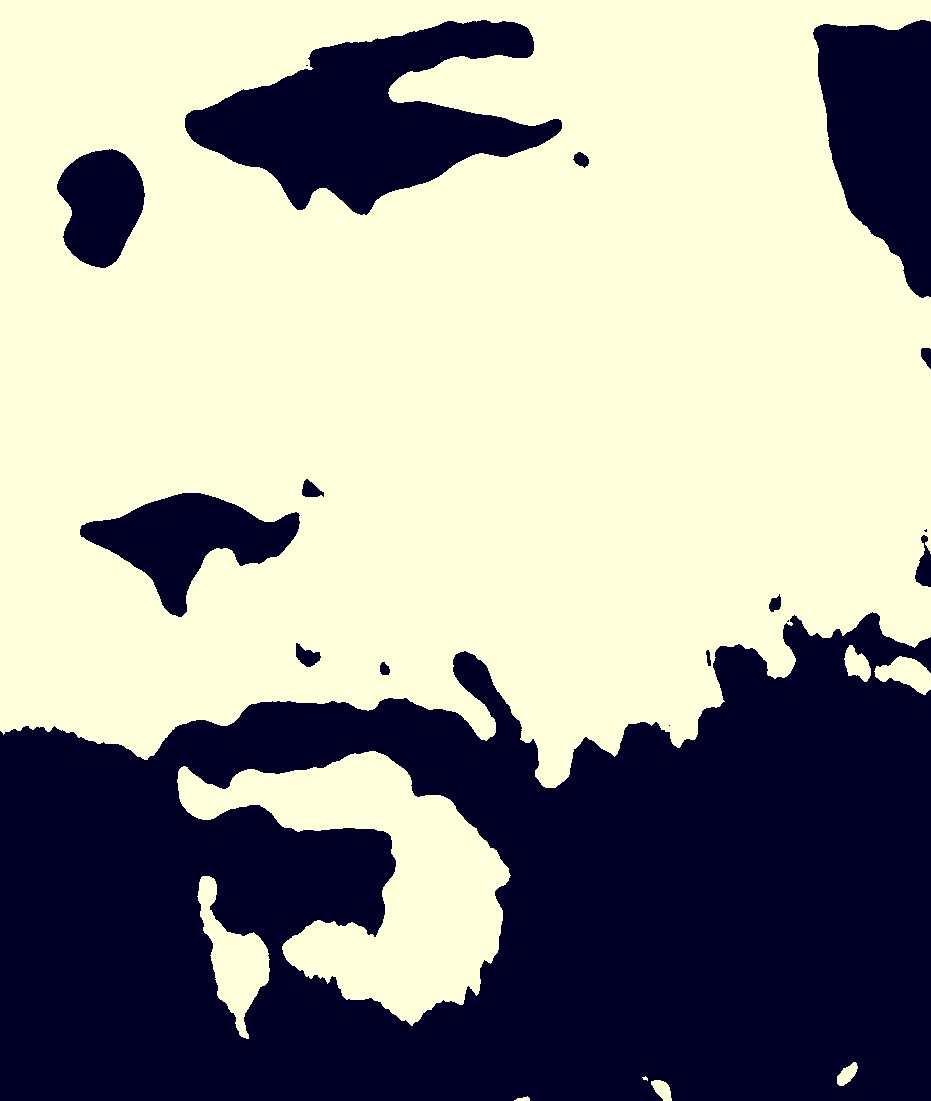 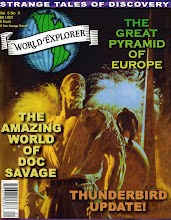